This morning we had a fly day with the Paris show in the evening. The airport was completely packed with people. It was a sight to be seen, and seemed like an awful lot of crap to go through for such a short flight. From the airport we headed directly to our hotel to drop off our bags, and then to the Zenith for soundcheck.

The show tonight was LONG. Dweezil added a few songs, and Terry was playing with the band again, so his sat was added to the selection that the band had been playing in his absence. I think the show began at 8:30, and the band came off stage at midnight.

The crowd was huge and the electricity in the air was something else. Their appreciation of the show was fervent and loud, and there were standing ovations a plenty.

Terry broke his kickdrum head during his set and so performed "Punky's Whips" on Joe's kit. With the kick repaired, Terry performed the Black Page #1 on his own kit again before Steve took the stage to join the band for #2. Speaking of "Punky's", I have to say that it's my favorite moment of Terry's set. When he gushes those words "oh Punky!" into the mic, it cracks me up every time.

I'm out of superlatives for the Paris show. It was the best show of the tour thus far. It's going to be hard to beat the passion, love and wild appreciation the band felt from the fine Parisians who came to the Zenith last night. Another highlight for me personally was riding back to our hotel in the van with Terry who told me the story of his audition for Frank. It's stuff like this that legends are made of. 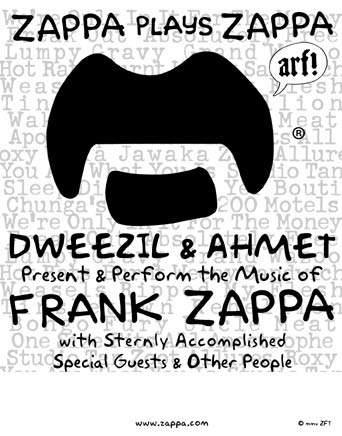